The 2nd family who owned this home were the Hirsch’s – James & Anna. They were originally from Glencoe, Illinois where he served as mayor. They were very well-to-do and neighbors remember them being chauffeured around in a Cadillac limousine, complete with built in bud vases on the doors. Can’t you just picture that? 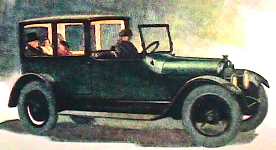